The KVMR Celtic Festival is pleased to present award-winning traditional singer and guitarist Matthew Byrne for a live-streamed performance on November 27 at 8 pm.

Tickets are available now through Matthew’s website at www.matthewbyrne.net. Ticket-holders will receive an exclusive link to the live stream.
This show is part of a very unique digital “tour” that Matthew is doing through the last week of November where he’ll be performing for audiences from California to the UK. We’re very excited to once again present him to the KVMR audience.

We’re encouraging audiences to send us requests and questions ahead of time for Matthew to make this performance as unique and interactive as possible.

“His reverence and respect for his material, along with his unabashed exploration of new songs and his staggeringly beautiful voice, makes for the rarest and most vital type of folk performer.” — TOM POWER, CBC MUSIC KVMR is releasing a double CD set, “Music Magic: KVMR Celtic Festival Highlights Through The Years” available for a sustaining membership of $7.50 a month or a onetime gift of $89.50 or more via kvmr.org or by calling 530/265-9555.

“We tried to make it a combination, a cross-section of both the fun and the beauty of music played at the Festival,” explains DesJardins, who helped choose the selections with fellow broadcaster Andy Dooley-Miller. “We’ve got the sweet lovely sounds of Maura O’Connell and Cathie Ryan, the upbeat and danceable songs of Skerryvore and Manran, and, of course, the sense of humor of The Elders.”

Other artists include Dervish, Baka Beyond, Sharon Shannon and Alan Connor, James Keelaghan, Bad Haggis, Molly’s Revenge and Emily Smith, among others. Included, of course, is Alasdair Fraser and cellist Natalie Haas with “Highlander’s Farewell.”

Wake The Dead does a medley of decidedly non-Irish music with the Jefferson Airplane’s “White Rabbit” and the Grateful Dead’s “Friend Of The Devil.” And the final song on “Music Magic” is Dougie MacLean’s gorgeous “Until We Meet Again”.

“Obviously, with 24 different festivals, we didn’t have room for everyone,” adds DesJardins.

Included on the set is The Screaming Orphans, who have also sent producer Taber an 18-minute video that will kick off a post-radio hive of video activity from 4 p.m. into the night on KVMR’s Facebook page.

Taber also plans to run Celtic Festival video from previous years until 7:30 p.m. Saturday when the longtime Irish group Kila does a US & Canada Virtual Tour concert online for KVMR and other Celtic festivals. Registration is available online at kila.live/kvmr/. KVMR’s 2001 Celtic Festival came close to being cancelled just days after 9/11, but it turned into a two-day community healing with friends, old and new, hugging and smiling at each other on the weekend after the attacks on Manhattan and Washington, D.C. It was perhaps the first community event following 9/11 here.

Fraser — originally booked to play in the east — had his shows cancelled there and became the KVMR Celtic Festival headliner, replacing Richard Thompson. He also arranged for some professional Celtic musician friends to come here from Portland, Oregon to perform.

Every festival has been special, but that one just seemed extra special. In January 2020, Kíla were one of the highlights at Folk Alliance in New Orleans and are making plans to tour the USA and Canada in 2021 & 2022. Due to current Covid-19 restrictions, Kíla are bringing their unique live sound to KVMR Celtic Festival through an exclusive online hour long concert that will be streamed on September 26th at 7.30pm local time.

Kíla have collaborated with Danielle Devlin of https://canismusic.com to bring these festivals and venues together on September 26th 2020 for a unique KÍLA LIVE online concert.

Formed in Dublin, Ireland in 1988, Kíla’s unique and ever evolving sound, while rooted in Irish tradition, is inspired by a myriad of musical influences worldwide. Kíla’s 8 members stem from differing musical backgrounds, including Irish traditional, classical, folk and rock.

Kíla have played in over 35 countries and at notable festivals like the Montreux Jazz Festival, Edmonton Folk festival in Canada, WOMAD festivals in New Zealand, Spain and Australia, RWMF in Malaysia, Festival de Ortigueira in Spain, the Sziget Festival Hungary, the Electric Picnic in Ireland, Glastonbury, Cambridge Folk Festival and Boomtown in the UK and many many more.

“Whatever it is… this is it. Kíla are right there at the cusp of it… Somehow you get the feeling they lit the fuse for the big bang.” – BONO

“One of the most beautifully euphoric live experiences” – BBC WORLD REVIEW

“Softly spoken off stage and complete lunatics on it, Kíla have torn up the rulebook with their wantonly eclectic mix of styles, Brilliant!” – HOTPRESS

“All the wonderful, shamanistic energy of the amazing Kíla” – NEIL JORDAN

After much consideration and consultation with those involved we have come to the conclusion that it is in the best interest of our Volunteer, Vendors, Artists and Staff to postpone the 2020 KVMR Celtic Festival until September of 2021. The California Department of Public Health has issued a directive that all non-essential public gatherings be suspended or cancelled. With that and all the other considerations we feel this is the best course of action to pursue.

The KVMR Celtic festival is a benefit put on by and for KVMR FM, a community non-profit radio station located in Nevada City, California. Please consider making your ticket purchase a donation to KVMR FM to assist in deferring the cost of this years postponed production.

Should you need a refund, please email accounting@nullkvmr.org by June 1st, 2020. Refunds, less service charges, will be processed and sent out within 2 – 4 weeks.

We are planning a special thank-you for those who hold their tickets until 2021. Perhaps a wee dram to ignite your long-rested dancing shoes! 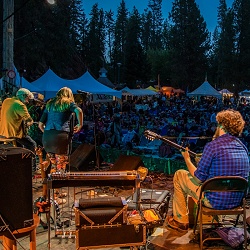 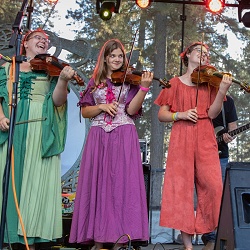 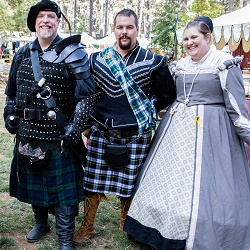 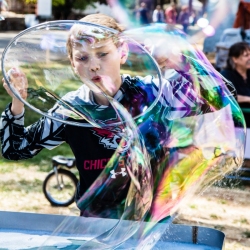 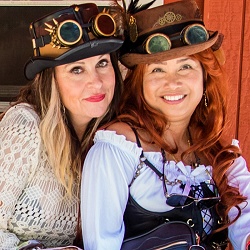 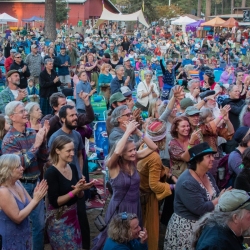 The Festival is the main fundraising event of the year for KVMR Community Radio which operates as a not-for-profit 501(c)(3) entity. Held in the early fall, the festival regularly draws over 7,000 attendees for the two days and the promotional outreach extends throughout KVMR’s listening area including a worldwide live streaming broadcast over the internet through iTunes and the KVMR website.

We continue to bring international performers to Nevada County and showcase an ever-increasing cadre of regional talent including musicians, dancers, and performing artists of every type.

Each year, the festival provides a professional performance venue for many young student musicians and dancers to perform in front of a live audience and hone their craft. Workshops and sessions are held throughout the event to provide musicians of every age and caliber an opportunity to learn from each other in a synergistic and fun atmosphere.

Funds for the festival are raised through sponsorships, vendor fees, ticket sales, program advertising, and beverage sales. The festival is produced by a team of over 300 volunteers who generously donate their time and energy year after year, plus KVMR’s small staff.

Your support of the Celtic Festival is a partnership with KVMR Community Radio that keeps independent, non-commercial media alive and well in the world.

We are honored to be able to continue to bring the music and magic of the Celtic genre to our community.

Share on FacebookShare on TwitterShare on Linked InShare by Email